Yamasee’s was indebted to the English and caused the Yamasee war.

The English colonists and the Yamasees went to war. The English trading practices were very unfair to the Yamasees. On April 15, 1715 the Yamasees  massacred South Carolina citizens. The Yamasees then allied themselves with multiple other Native American groups. The Yamasee War was one of the most disruptive and transformational conflicts of colonial America. For more than a year, the colony faced the possibility of annihilation.

For years, the Yamasee and the Carolinian colonists conducted slave raids upon Spanish-allied Indians.

In 1715, the Yamasee joined an intertribal war against the British, triggering the Yamasee War, which lasted until at least 1717. Many tribes allied themselves with the Yamasee. British Governor Charles Craven defeated the Yamasee at Salkechuh (Saltketchers, Salkehatchie) on the Combahee River. This forced the tribe to cross the Savannah River into Spanish Florida.

Native Americans killed hundreds of colonists and destroyed many settlements, and they killed traders throughout the southeastern region. Colonists abandoned the frontiers and fled to Charles Town, where starvation set in as supplies ran low. The survival of the South Carolina colony was in question during 1715. The tide turned in early 1716 when the Cherokee sided with the colonists against the Creek, their traditional enemy. The last Native American fighters withdrew from the conflict in 1717, bringing a fragile peace to the colony.

They then migrated south to the area around St. Augustine and Pensacola, where they allied with the Spanish against the British. In 1727, the British attacked the tribe’s settlement and slaughtered most of them. Some survivors joined the Seminole tribe and some joined the Hitchiti people and disappeared from the historical record.

On February 9, The Heritage Library presents “POINT OF NO RETURN – THE YEMASSEE WAR OF 1715”.

Join The Heritage Library from 11 a.m.-noon for an educational lecture on the War. Instructor Richard Thomas revisits the war years from 1702-1728. The program focuses on the Yemassee War, and how it altered abruptly the direction South Carolina’ economy. Learn how it shaped the landscape of European settlement in the Southeast for the future. Cost – $12.00 for members and $15.00 for non-members. 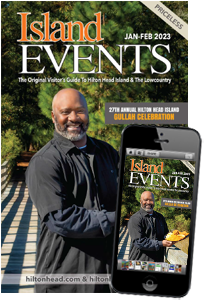